5 examples of brilliant marketing campaigns in Newcastle and Gateshead

By absolute30th November 2017 No Comments

A client once told me that one of the best bits of advice she gave her staff was to ‘be curious’, to ‘look up’ on the daily commute and take inspiration from the creativity that surrounds them. For the truth is that brilliant examples of marketing and creativity lie all around us, and non-more than in our very own city!

Here are our favourite examples of creative marketing campaigns past and present in and around Newcastle Gateshead; 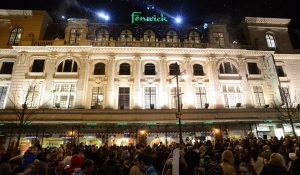 It’s true to say that the Fenwick’s window has become synonymous with all things Christmas. A tradition that sees thousands of families across the North- East flock to enjoy the different themes that are revealed each year. With the store opening in 1882, the iconic Christmas window has been in full operation since 1971.  As well as being a great attraction that we all look forward to each year, the window which is revealed in early November just before the store’s annual discount evening, is also a great marketing tool for the business, creating an emotional attachment to the brand and much needed footfall. With countless themes over the years from traditional to the more alternative (I recall a rather psychedelic alien scene one year!) 2017 pays tribute to Paddington Bear set amongst a number of heart-warming festive scenes …with a marmalade sandwich or two thrown in for good measure! 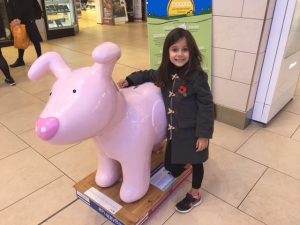 The Great North Snow Dogs has to be one of our favourite campaigns that helped to raise much needed funds for St Oswald’s Children’s Hospice when it launched at the end of 2016. Who couldn’t resist becoming a just a little bit addicted to hunting down the beautifully decorated dog sculptures that were scattered across the region in some of the most spectacular locations! The campaign which benefited from an innovative search app and fun Metro campaign which saw names of stations change to more ‘doglike’ alternatives including ‘Paw Lane Ends’, helped to bring the campaign to life and create a real following.  The campaign also enjoyed real community involvement inviting schools from the region to create and decorate their own dog sculptures. 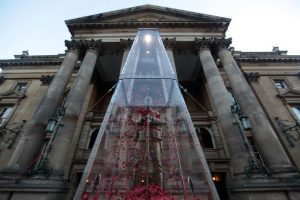 The Centenary Soldier sculpture for the Poppy Appeal is another example of creative marketing used to promote a charitable cause. Positioned outside the Theatre Royal on Grey St, the sculpture consists of poppies cascaded around a giant soldier to commemorate those who lost their lives in the first world war. We already recognise the poppy as a symbol of remembrance but it is also a poignant symbol of hope; a burst of colour and life amidst the battlefields of war. 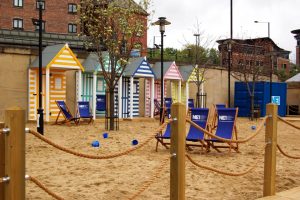 As we are donning our winter woollies and hats, it seems odd to talk about sun, sea and sand, but hey who cares, we love it! The beach on the banks of the River Tyne or the ‘Quayside Seaside’ as it has been aptly named has become a huge hit over the last few years. With its colourful striped huts, deck chairs, climbing wall, barrel tables and palm trees proving popular, the pop up seaside attracts residents and visitors providing a fun, dwelling place for the quayside. The beach now enjoys sponsorship from big businesses including Thomas Cook Airlines.

5)     The hidden message behind the Baltic’s missing lettering 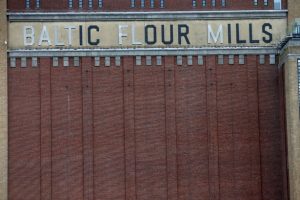 At first glance it might just look like the Baltic is missing a few letters but if you look closely, this forms part of a very clever piece of art spelling out the caption ‘I C OUR ILLS’. The campaign supports The Baltic’s major exhibition called ‘Starless Midnight’ that runs until January 21 which ties in with Newcastle and Gateshead’s Freedom City celebrations, honouring the 50th anniversary of African American civil rights leader Dr Martin Luther King’s visit to Tyneside where he picked up an honorary degree. He spoke poignantly of the three ills in his speech at Newcastle University back in 1967 that the world must overcome including the problems of racism, war and poverty.

So next time you are wanting a bit of marketing inspiration, ‘look up’! Creative ideas, hidden messages and poignant campaigns lie all around us ………